The Audi R18 is a Le Mans Prototype (LMP) racing car constructed by the German car manufacturer Audi AG. It is the successor to the Audi R15 TDI. Like its predecessor, the R18 uses a TDI turbocharged diesel engine but with a reduced capacity of 3.7 litres and in a V6 configuration. For the first time since the 1999 R8C, Audi's Le Mans prototype uses a closed cockpit design. The R18 is also the first racing car from Audi to feature hybrid power. 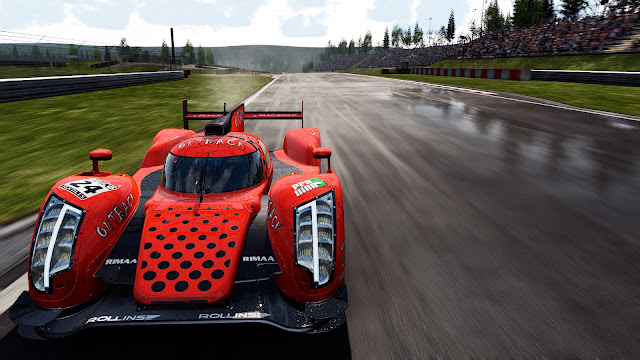 A video a little old, you may see some problems with AI that are natural! This game is being developed and dev's can't do all at the same time!
Let's watch Audi R18 at Le Mans Circuit