OLI WEBB: ON THE RADIO WITH PROJECT CARS

Before heading off to yet another 24-hour race in Daytona next week, Oli has made some room in his busy schedule for another visit to the SMS studio. 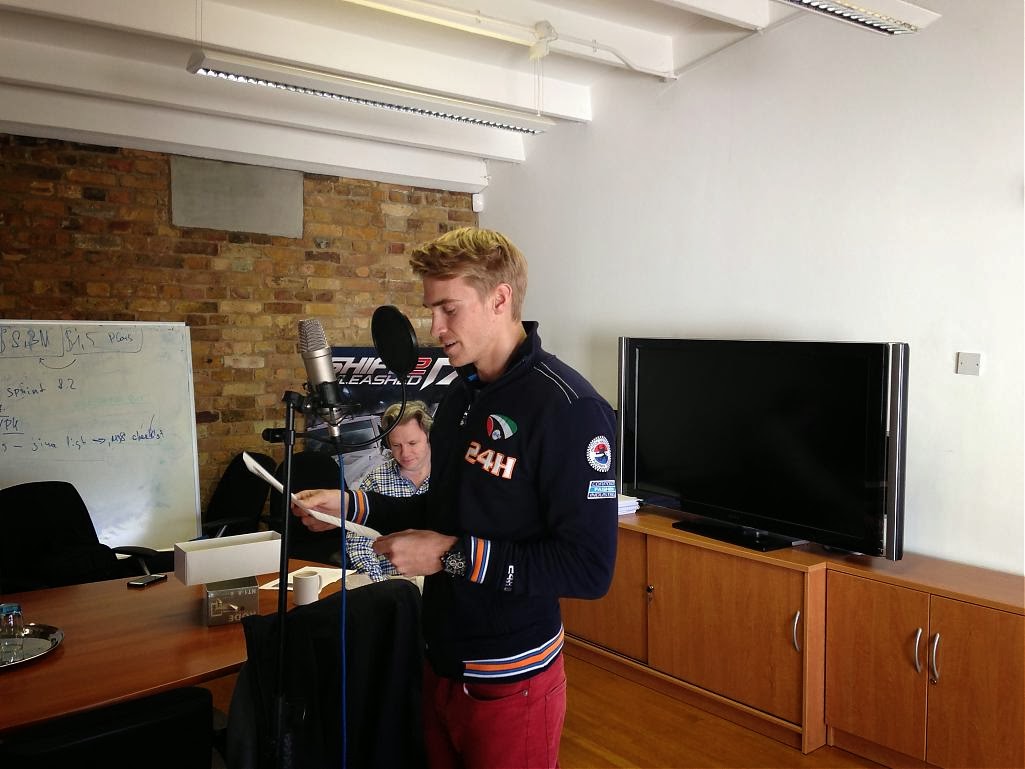 Oli returned to the Slightly Mad Studios headquarters in London for a special mission. Aside from catching up with the team and providing plenty of new feedback, Oli also completed first test recordings for the Project CARS pit-2-car radio feature.

Project CARS gamers will have the unique opportunity to be guided by a professional race car driver as Oli’s voice will accompany players during their virtual racing career.

To ensure a maximum of authenticity for the pit-2-car communication, Oli will be fine tuning the audio communication to use the exact same language common among race car drivers and engineers.

Oli did not come empty handed either, bringing the gloves that accompanied him in Dubai, all the way onto the class podium. Next week, he’ll be gunning for nothing less than overall race win honors at the Daytona Rolex 24, driving an OAK Racing LMP2 prototype.

In 2013, Oli raced in the Formula Renault 3.5 championship as well as contesting one-off events such as the Spa Francorchamps 24 Hours in a Mercedes Benz SLS AMG GT3.