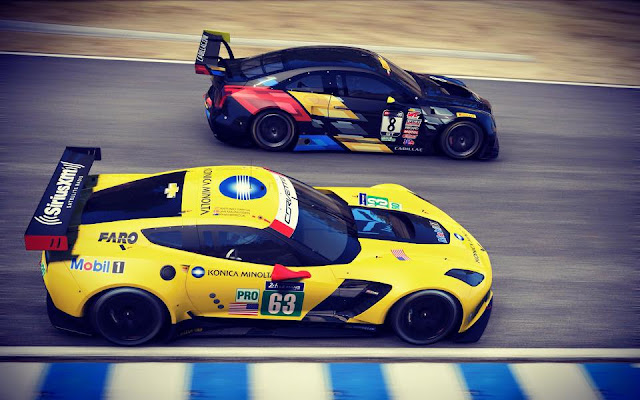 The Xbox One Patch is now rolling out. Patch notes below...

Tracks
• Road America - New race line and corridor tweaking. The main goal was to keep the AI off the curbs so heavily, as with the massive alligator teeth here cause the stiffer car fits and lifting off the throttle.
• Silverstone Classic – Fixed an issue that caused the game to dramatically slow down and at times crash during pitting in a multiplayer race.

Tires
• Reworked some vintage tires to get a better average temperatures increase, resolve severe flat spotting, localized overheating and too-easy punctures which were being reported.

Audio
• Ford Falcon – Reworked the vehicle sounds to a closer match of the real car. " Stephen