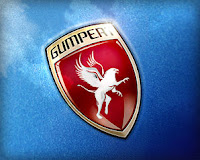 
At Project Cars we have the following cars available:

Ginetta was founded in 1958 by the four Walklett brothers (Bob, Ivor, Trevers and Douglas) in Woodbridge, Suffolk. The first car, not destined for production, which subsequently became known as the Ginetta G1, was based on a pre war Wolseley Hornet.
From their original base, the company moved to Witham, Essex in 1962, and between 1972 and 1974 operated from larger premises in Sudbury, Suffolk before returning to Witham where they remained until 1989. Under the Walkletts, Trevers was mainly responsible for styling, Ivor for engineering, Douglas, management and Bob sales.
Following the retirement of the Walkletts in 1989 the company was sold but failed, and was then bought by an international group of enthusiasts, based in Sheffield, and run by managing director Martin Phaff producing the G20 and G33.

What game is Project CARS like?
Project CARS is a racing simulation so is comparable with popular console franchises Forza Motorsport and Gran Turismo whilst also providing the kind of advanced features usually reserved for PC-only simulators like iRacing and rFactor.

Can we upgrade the cars?
Since the game covers such a variety of motorsports, each with their own performance restrictions, all vehicles are non-upgradable and come pre-installed with the best parts possible.

Can you tune the cars?
Yes! Project CARS has a deep tuning system with full control over all aspects of the car's performance. Troubleshoot common problems by checking with the in-game Engineer, get useful hints on technical details via the Digital Manual, and visit the dedicated Test Track to see how your changes perform out on the tarmac.

How many tracks in the game?
Project CARS has the largest track roster of any recent racing game.